Lint and the Ancient Egyptians

The very first mention of lint in recorded history was in Egypt.  It was recorded in hieroglyphics by HeySup Tutankhamun when he noticed some lint balling up in the creases of his pleated skirt.  After exhaustive study, scholars (who are now home lying down with cool washcloths on their foreheads) believe that the hieroglyphic for lint was represented by the following symbols:

Lint and the Ancient Greeks

The second mention of lint is found among the ruins of Greece.  Scholars of ancient Greece have argued themselves sick over the topic of ancient Grecian Lint.  (One scholar was so winded from arguing he had to be hospitalized.) However, many believe the great philosopher, Socrates, was the most lint savvy.

Still, other scholars believe the go-to lint expert when it came to Ancient Greek Lint was the great mathematician Pythagoras:

Lint and the Roman Empire

The Roman Empire was all mixed up about lint.  Scholars who study the Roman Empire ad nasueam in the vomitorium have concluded that while the Romans were genius builders and conquerors, they had it all wrong when it came to lint and especially the removal thereof: 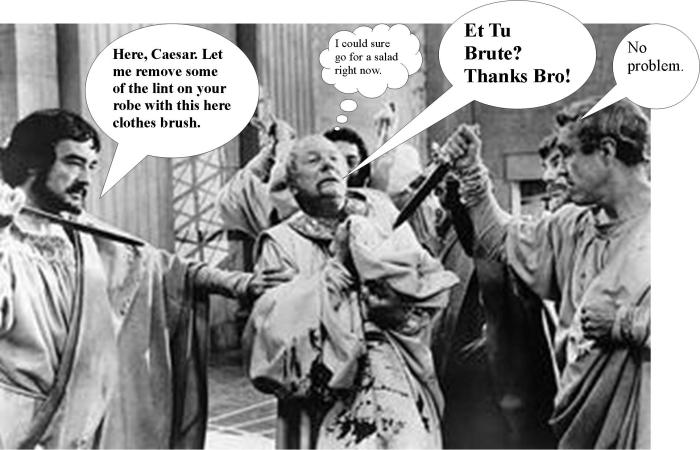 Lint and The Middle Ages

Scholars can also agree on this one. Nobody  in the middle ages had any idea about lint whatsoever.

Lint and The Age of Exploration

Scholars insist that on his maiden voyage Christopher Columbus brought back  480 cubic tons of lint to Queen Isabella. But before you get too attached to this fact, you should remember that scholars determined this while splitting a large pepperoni pizza and a couple cases of Alhambra Mezquita beer courtesy of San Miguel Lint Manufacturing Corporation. 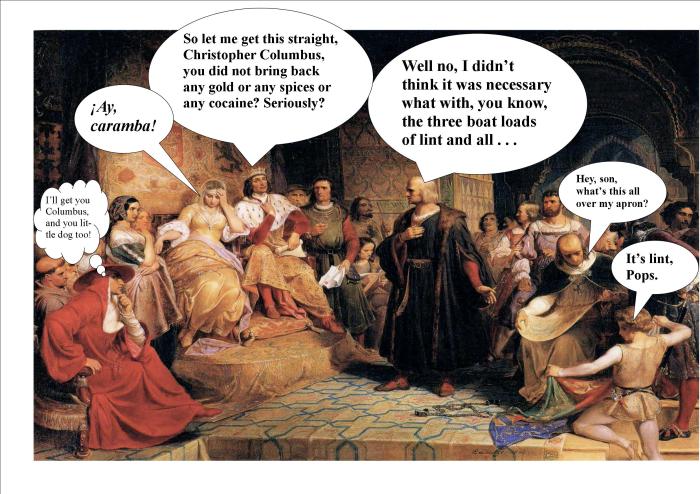 Lint and the Founding Fathers

Scholars believe that the failure to mention lint in the Declaration of Independence was instrumental in winning the revolutionary war.  But unfortunately, we will have to wait until they sober up to find out why. 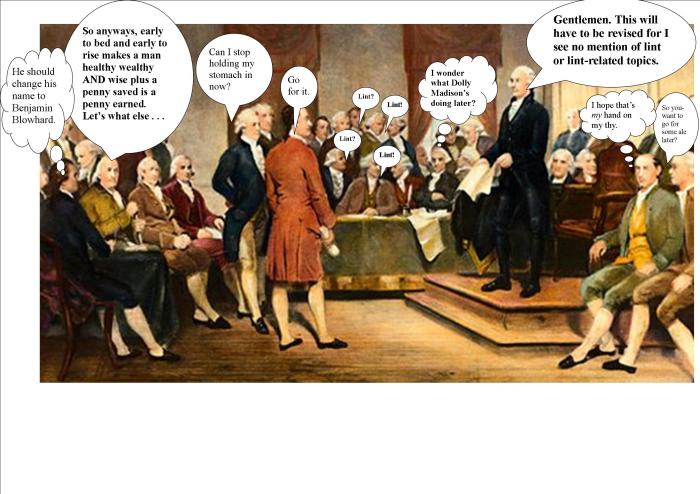 And there you have it, Dear Readers.  Today’s history lesson.  Please check back at some point in the future to learn more about history and stuff.

16 thoughts on “The History of Lint”