Every week Gregory attends Sunday School and every week he comes home and retells his own version of the lesson he learned.

Today in Sunday School, Gregory learned about the day Jesus brought his three favorite disciples to meet his Dad. Let’s listen in as Gregory retells the story.

One day Jesus decided to take his three best friends, Peter, James and John up on a high mountain alone.   The bible doesn’t say how the other nine disciples felt about their not being invited and biblical scholars can only speculate that Peter, James and John came home to find their robes all tied together.

When the disciples opened their eyes,  Jesus had changed into his heavenly civvies which the disciples described as being as bright as the sun.

But that’s not all!  The disciples saw that there were now two men with Jesus.  One was Moses and the other one was Elijah.  The disciples knew who these two men were because most biblical scholars agree they were wearing name tags.

Peter piped up immediately and said he would like to build them all some tents.  One for Jesus, one for Moses, one for Elijah and one for the little boy who lived down the lane (Peter was a kidder).

Anyway just as Peter was going on and on about tents, he was interrupted by what looked like a shiny cloud, but was actually Jesus’s Dad, God.  God said:

“This is my beloved son in whom I am well pleased; hear him.”

After awhile, Jesus came and touched them and told them not to be afraid and when the disciples looked up the two men were gone and there was no sign of the shiny cloud.

When they got back home sure enough Peter, John and James had their robes all tied together.

But Jesus’s stuff was just as he had left it. 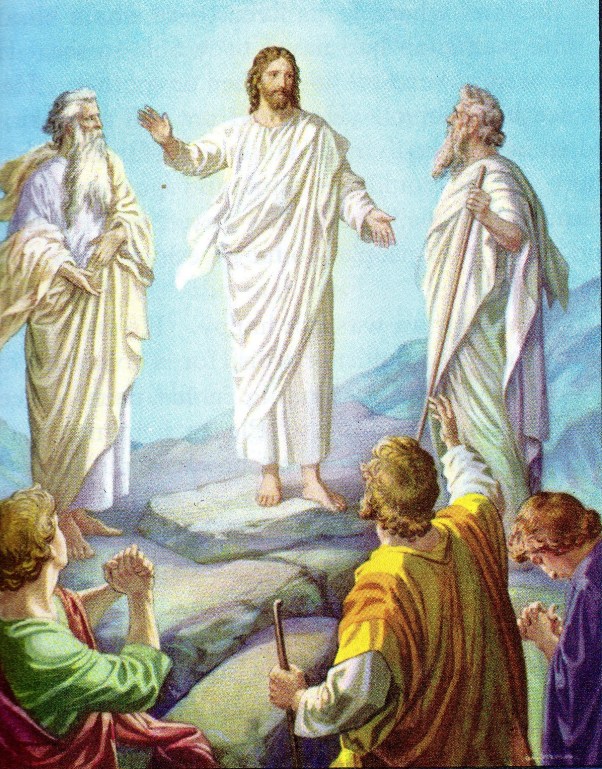